How far is this ridiculous news story going to go? You must watch this absurd news presentation where the news media and legal system pretend that the 16 year-old male victim, and friend of the family, is portrayed as possibly among a long list of damaged children in the long line of ruined lives from this vicious sex monster. Oh, and of course, in case your interested, click here to watch video of Kate Upton prancing around in her panties. What were we talking about, again? Oh, yes, vicious hot cheerleader predators, yuck! 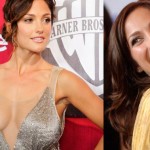 Everybody Loves This Story: Sex Offender Arrested For 169th Time After Allegedly Groping Woman - Even if he wasn’t arrested 169 times for sex offenses, it’s just totally funnier that way.

So, Here’s A New Story Today: Washington Mayor Sorry for Touching Two Co-Workers, Said It Wasn’t Sexual - Hey, it wasn’t sexual. It was some kind of mayoral malfunction.

Bottom Line: Groping compulsion is a problem. For some people, it will always be a problem. For other people, they need a serious wake up call. But groping and inappropriate touching for self gratification has no place on a Sex Offender Registry. Victims are hurt, but the law is not for revenge. It is for justice. Justice would be mandatory completion for Sexually Compulsive Behavior or GPS tracking – But not registered. Period. DEAR PLANET: The only people that should be registered sex offenders are those that molest children or have violently raped others. Mainly, we’re talking about YOUNG boys and girls that have been SEXUALLY VIOLATED. If a male or female has not done that, they should not be registered. We’re not talking about statutory, or teachers gone wild. Compulsive People Need Help – Not Prison.

If she were a MALE Teacher, they would have given her life. Does she even have to register as a sex offender? READ THE FULL STORY. Sex laws are inconsistent, outdated and irrational. The public knows there is something wrong – what about the legislators? 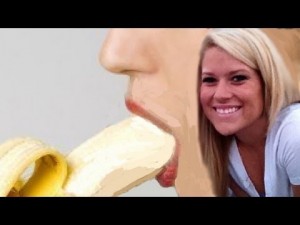 She’s 22, she’s hot, and she gave head to a 17-year old male student in a car. There, I said it. She’s also engaged to be married. The felony falls under “CHILD SEDUCTION.” Really?! Anybody else ever got head from an older woman? Nobody?

Will she be registered as a SEX OFFENDER? Which means it will be even harder to locate actual child molesters that are hunting for 6 year olds. Wow. Great job law makers and voters! You’re really cleaning up society, by nailing this HOTTIE! I wonder how many public officials flirted with her during this process?

Say it. Blow Job. Hot Fantasy. Sex Laws Need To Be Updated. This Is Insane!

( By the way, of course FoxNews reported this because it appears that they absolutely love putting hot blondes with the word “SEX” on the screen as often as possible. )